Grolsch Part 2, or how much is in a beer?

I mentioned in my first post that I would want to present the old and the new Grolsch can side-by-side some day. Well, even though I am drinking another beer right now, the other old standby in fact, my picture today is of Grolsch bottles and cans, including the old and the new can. Looking at this picture and thinking about Canadian beer bottles, it strikes me that the serving size of beer in Canada is really laughable. Come on - the standard Canadian beer bottle contains 341 ml, a size that has been called "Midget extinguisher" by the brother of one of my good beer freak friends. I had one of those midgets earlier today after cycling home from work in "heat and humidity alert" weather (yes, I do work, and unfortunately it does not involve consuming beer, although it has involved working with breweries in the past). That beer was gone in less than 5 minutes because I was thirsty for a beer, and so I had to have another because I was still thirsty for a beer. Now Grolsch, and bless the good people over there in the Netherlands, has a standard serving size in cans that I would call normal: 500 ml (473 ml in the bottle - and I love those swivel top bottles!). The big brother is a 1.5 l bottle I bought a few years ago, and I'd say that is about the size that might extinguish my thirst on a day with heat and humidity warning. We have seen in another previous post that Beau's Brewery is selling their beer in 600ml bottles, the stated reason being that it reduces packaging. Be that as it may (and yes, it agree that reducing packaging is a good thing), but more importantly, it increases the amount of beer I get in my bottle and has has a better chance of reducing my thirst. In Quebec, we can get 750 ml bottles of some brands, which I find is another fine size that has the capacity to extinguish thirst, and I promise to feature some in the near future. The Canadian standard can only be another vestige of a Puritan country trying to tempt its population into temperance. Let's get with the 21st century, and start acknowledging that beer drinkers are a thirsty lot, and they need more than a midget's serving! 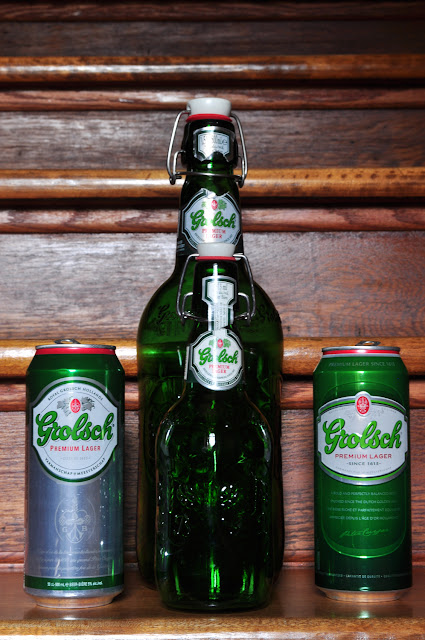